Quick Quote
Takes less than 60 seconds!
Back to all blog posts 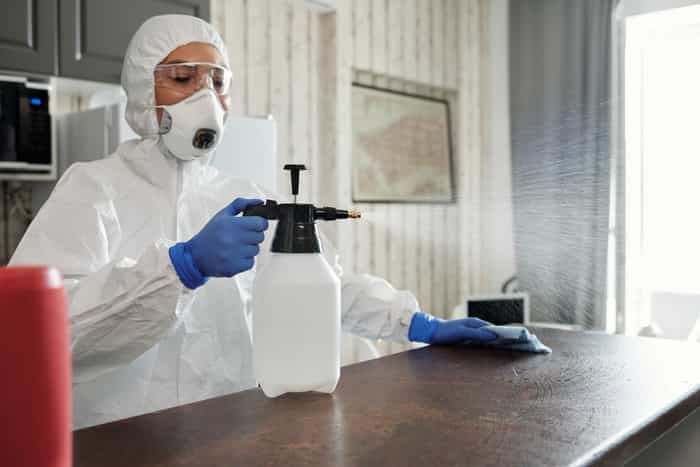 Phantom is an indoor/outdoor termiticide and insecticide that kills termites, ants, cockroaches, and now bed bugs, through a powerful non-repellent active ingredient. Pests can't even detect Phantom, so they walk right over it and then spread it to other insects hidden behind walls or in their home colony, killing every other pest they come in contact with. A Phantom is virtually odorless, clear in color and provides superior pest control with a long-lasting residual.

Phantom Termiticide/Insecticide is a non-repellent liquid concentrate that is diluted with water and usually applied with a pump sprayer. Phantom contains the active ingredient Chlorfenapyr, which belongs to a relatively new class of insecticides called pyrroles that are produced from microbes. Pyrroles do not metabolize into active insecticides until after they enter the host target pest. Chlorfenapyr disrupts the production of ATP in the part of the cell that turns food into energy, causing cellular death and ultimate mortality. Because this process is slower than other modes of action, Phantom can have a transfer effect similar to that of baits on social insects like ants, cockroaches, and termites.

Insects do not smell, taste, or avoid applications of Phantom. This means that Phantom can be used in conjunction with baits (do not spray on top of baits). Phantom also eliminates pest build up in one area, preventing pest avoidance of treated areas. The residual of Phantom will last for 30 days or longer. Phantom also has a high potency, so fewer applications are needed for effective treatments.

It combines nonrepellency, superior control, long-lasting effects, and the ability to control populations faster than baiting system all in a low-dose, virtually odorless formulation. Phantom can be used as a soil drench, wall foam or as a general use spray as desired. Phantom is a popular choice for ants and cockroaches because it can be used in conjunction with baiting. Phantom is also ideal for bed bug control because it is non-repellent and effective for pyrethroid resistant strains of bed bugs. Because of its long residual and efficacy with these and other common household pests, Phantom is an excellent choice for apartments, hotels, or similar commercial properties. Phantom also comes in a convenient aerosol formulation for smaller jobs or crack and crevice treatments. Though Phantom is labeled for use as a soil drench for subterranean termites, products such as Termidor SC are more cost effective and last longer in the ground.

for several years, I continuously purchase pest control services from Precision Pest, they are very professional and well experienced on what they served. Highly recommended..!!

Precision Pest Control & Termite received an average rating of 4.9 out of 5.0 stars.